The exhibition is part of the Budapest Summer Festival and the Night of Museums program series. The selection of Design Without Borders / 13 th madeinhungary + 6 th MeeD (Meeting of European and Central European Designers) will present works by more than 100 designers from 9 countries. In addition to objects designed by artists from the region – the Czech Republic, Poland, Hungary and Slovakia – visitors will have an opportunity to see furniture, textiles and objects created by Austrian, German, Romanian, Slovenian and Swiss designers. Alongside mass produced products there will also be pieces manufactured in small quantities and unique creations which interpret genres freely.
Design Without Borders places particular emphasis on dialogue and permeability between the various genres. In 2014, compositions by visual artists who create object simulations were included, followed in 2016 and 2017 by works by applied textile designers. The project entitled Texhibition, which was created by textile designer Szilvia Szigeti, has been running now for three years, and the most recent innovative works will be on display this year too. 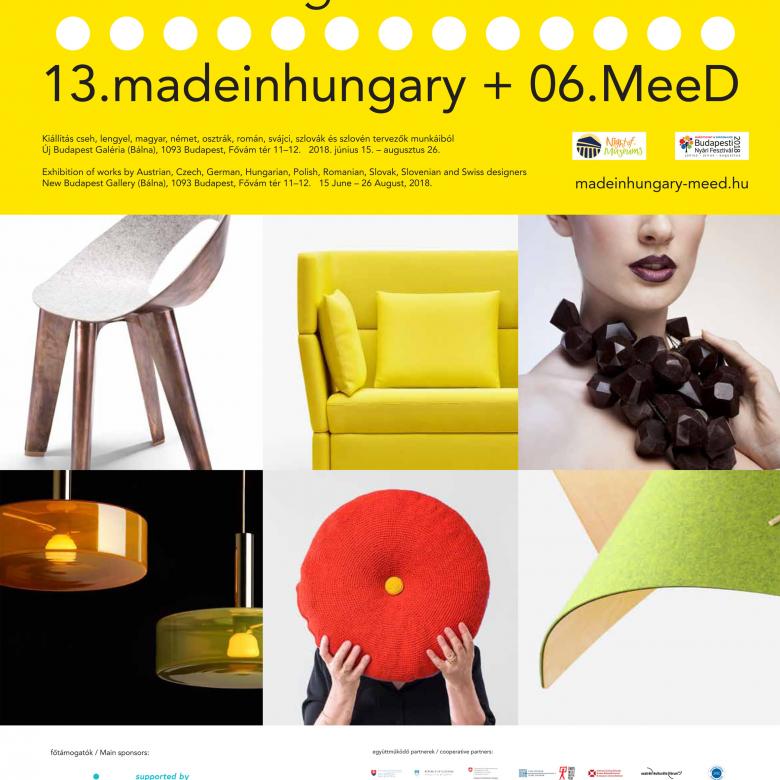